What I love most about Christmas is gathering with friends and family.  A festive gathering is not complete without the wonderful food prepared with love.  My sister-in-law Cyndy bakes some of the best Christmas treats.  There was one chocolate goody that I think was called a Buried Cherry (chocolate covered cherries).  Imagine a group of adults sitting around the table after dinner, some wine had been consumed and we were now enjoying our coffee and treats, there had to be 3 or 4 conversations going on, I asked Cyndy what the name of the treat was I was eating but I couldn't hear her answer with all the conversation ... long story short this treat ended up being nicknamed Halle Berry Buried Cherries by the end of the night (I guess you had to be there).

Best of all are the family recipes and traditions that get passed down.  My Stepmother Norma is of Polish heritage and cabbage rolls are served with Christmas Dinner, it's not Christmas Dinner without cabbage rolls!  Also, sausage meat in the stuffing is a must for me.  It was a favorite of my Dad's too, I think it may have been the only recipe he ever asked my Stepmother to change ... he had to have sausage in his stuffing.  I've known families who put bacon slices on their turkey breast while it's cooking and everyone would fight over the bacon slices when the turkey is ready.

I've only cooked Christmas dinner a few times, Frank and I enjoy our Christmas dinners at Norma's or my sister Kim's house.  I bring the potatoes ... it may not be gourmet but at least the dinner hostess doesn't get stuck peeling potatoes on top of everything else.

Here is one quick little Christmas sweet that I whip up almost every year, it's fairly common, it's White Chocolate Almond Cranberry Bark.  It's soooo simple. 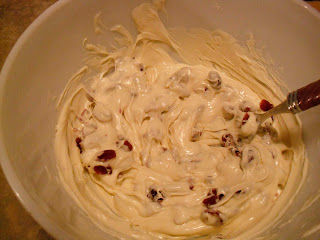 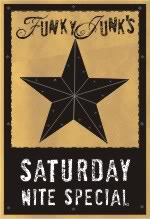